​SPA: Tell us about your art. What do you create?

Janet: I make things out of found materials – old wood, metal, and other objects. I like using things that have had a prior life – wood that was once part of a living tree, metal detached from its original use and rusted on the side of the road, bones, bedsprings… I don’t like plastic.
​ 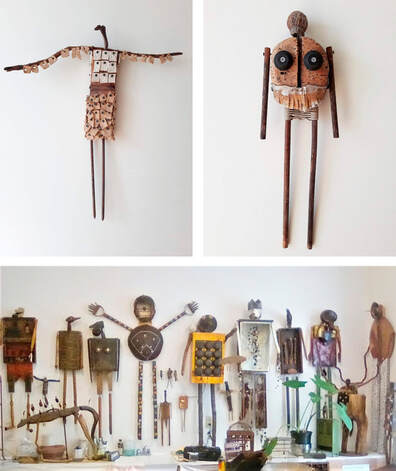 ​​Janet: I’ve made one large piece (24x16x24”) since I started working at home, containing one large 4-legged creature surrounded by six bipedal figures with animal heads, each holding a metal disc. What’s that about? I have no idea…
​

SPA: What inspires you? Is there a running theme or message you are trying to communicate through your art?

Janet: I am a very political person, concerned with issues of social justice, fairness and unfairness, racism, sexism, and the violation of the natural world and its other non-human inhabitants. So probably a lot of my work reflects those concerns. However, I very much do NOT want my work to be polemical. I do not want to be making propaganda. I want my work to be open to a variety of understandings and interpretations, even by people who do not agree with my politics.
​ 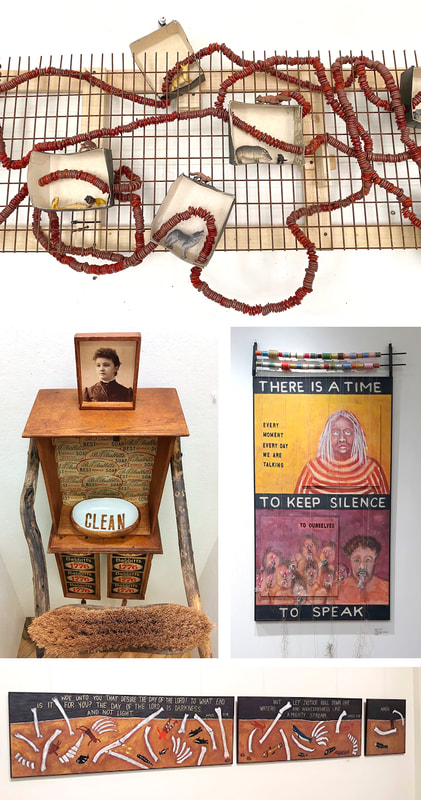 ​SPA: What do you feel is the role of “the artist” in society?

Janet: I keep on asking myself this question, but I never seem to get the answer. My hope is that art speaks to a part of people that other things don’t touch, and awakens or evokes a responsive sympathy, joy, angst, calm, or giggle. But I worry that mostly art is speaking to a very small (possibly elitist) group of people – and even these people find it difficult to give themselves to the experience. I often watch people visiting galleries and notice that most people (and these are people who have made the effort to visit such a place!) cruise through, letting their gaze rest very briefly on each piece. Even I do this, even other artists find it hard to spend time and open themselves to an artwork, especially one that is unlike their own work or taste.  I once said that art is like an insurance policy; we make it so that it will be there in case you need it.
​

SPA: How has the health crisis impacted your art-making practice?

Janet: I have created a small studio space in my home office, but it has to share space with my two grandsons (ages 3 and 9), who sleep over on Friday nights (we have merged our household with our son and his family, as both parents work full time from home, and the kids are not in school, so they really need some backup and help). I brought some tools from my studio (and borrowed a vice and some other tools from my husband), and decided that I would work just with things I found in and around my house. It’s amazing how many wonderful things I found on the road where I jog and walk! 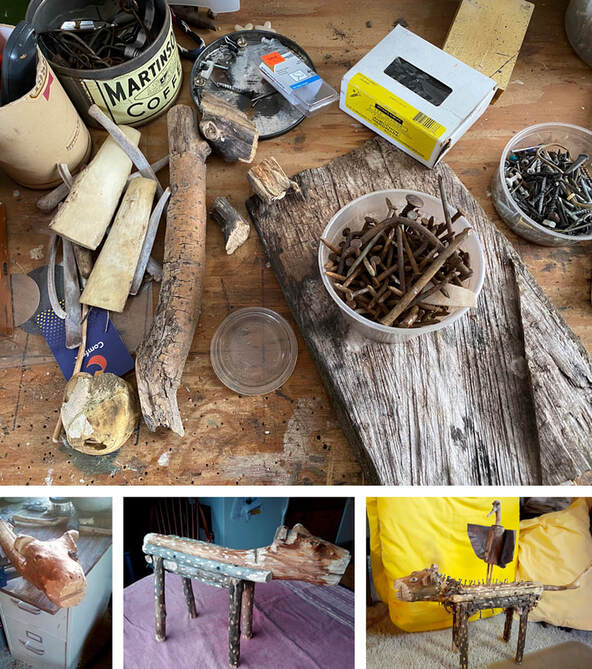 ​
Janet: ​Right now, in mid-May, I am passionate about getting into the vegetable garden, and have started a lot of plants, which are crowding my windowsill. I have also spent (as I often do) much of my time with my grandson making things – most recently a bird out of wood we found on their woodpile, which we made for his mother for Mother’s Day. We put it outside at my house temporarily, and that night it snowed, making it look like a fluffy owlet, we thought.

​SPA: Have you found new ways to adapt and share your work?

Janet: For the last twenty or so years I have participated in an art group called Second Tuesday (because that’s the day each month that we meet). We share work in progress and talk about issues in the arts, and we have continued to meet via Zoom, so that’s another opportunity to share work. 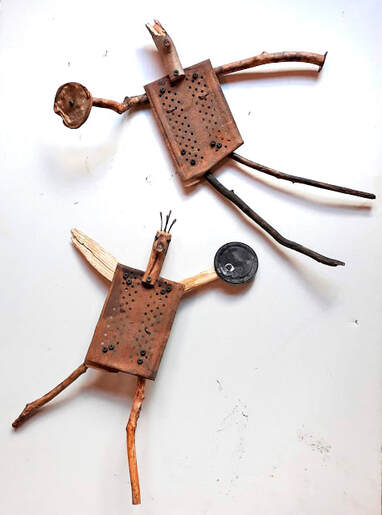 To see more of Janet's work, visit her blog at http://janetvanfleet.blogspot.com/
Powered by